When I learned Reiki I was inspired by the stories I heard about the life and practice of Hawayo Takata, the Reiki master who brought Reiki from Japan to the West.   I attended the Takata Archives event organised by The Reiki Association in February and was once again inspired by Takata's absolute faith in the effectiveness of Reiki treatment.   She was often called in when other treatments weren't working.  We listened to a recording of her describing how she treated a man with severe tonsillitis who was too weak to have an operation.  As she treated him a lot of pus was released after which he began to be able to take liquids and then more solid food, after which his recovery was rapid.  She treated hundreds of people in her life time, but was only one person, so the numbers she could reach were limited.  She, of course, taught many others who also gave treatments to those in their communities.  Those Reiki students have helped Reiki to spread all over the world so that, while in the early 1990s when I became a Reiki master it was still relatively unknown, it is now beginning to attract the attention of the medical profession so that many more people can experience what Mrs Takata taught.

I was therefore very interested when one of my students sent me a video about a study carried out by Harvard Medical School (USA) to find out if Reiki really benefits people.  The study showed, according to recognised tests, that the 1,500 people who received Reiki treatment in the study showed "highly statistically significant" reduction in anxiety, depression, pain and fatigue.  It is wonderful to hear that these effects, which I often see in those I treat, have been demonstrated in such a large study.

One of the other participants at the Takata Archives event told me about her involvement over the past 6 years with a project to give Reiki treatments to children at the Royal Alexandra Hospital in Brighton. She has recorded responses to over 3000 Reiki treatments, many of which were unexpectedly positive.  For example some of the babies were constipated due to the medication they were receiving.  It was frequently been reported that these babies were found to have "filled their nappies" after Reiki treatment - one often reported benefit of Reiki being that it stimulates the bowels! 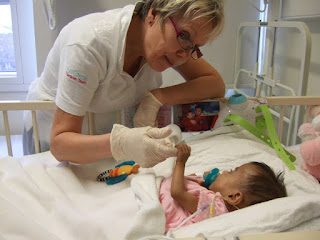 being more widely available in hospitals.  Through a charity called Full Circle two Reiki practitioners have received an intensive induction so that they can work in critical care at St George's.  They are accepted  on the ward and medical staff have been able to see first hand how Reiki benefits very sick patients.  More Reiki practitioners are being trained and it is hoped to run a research project and that this model can be shared with other hospitals.

It is exciting to see how the number of people benefiting from this wonderful healing art is growing, to such an extent that it is becoming more accepted by medical profession so that more people will be able to receive Reiki treatment alongside conventional health care.
Posted by Kate Jones at 15:54 No comments: 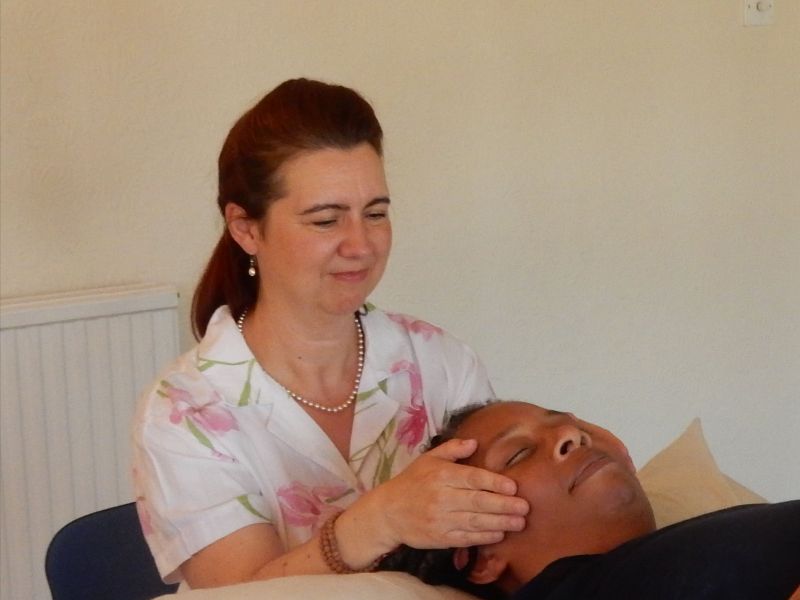